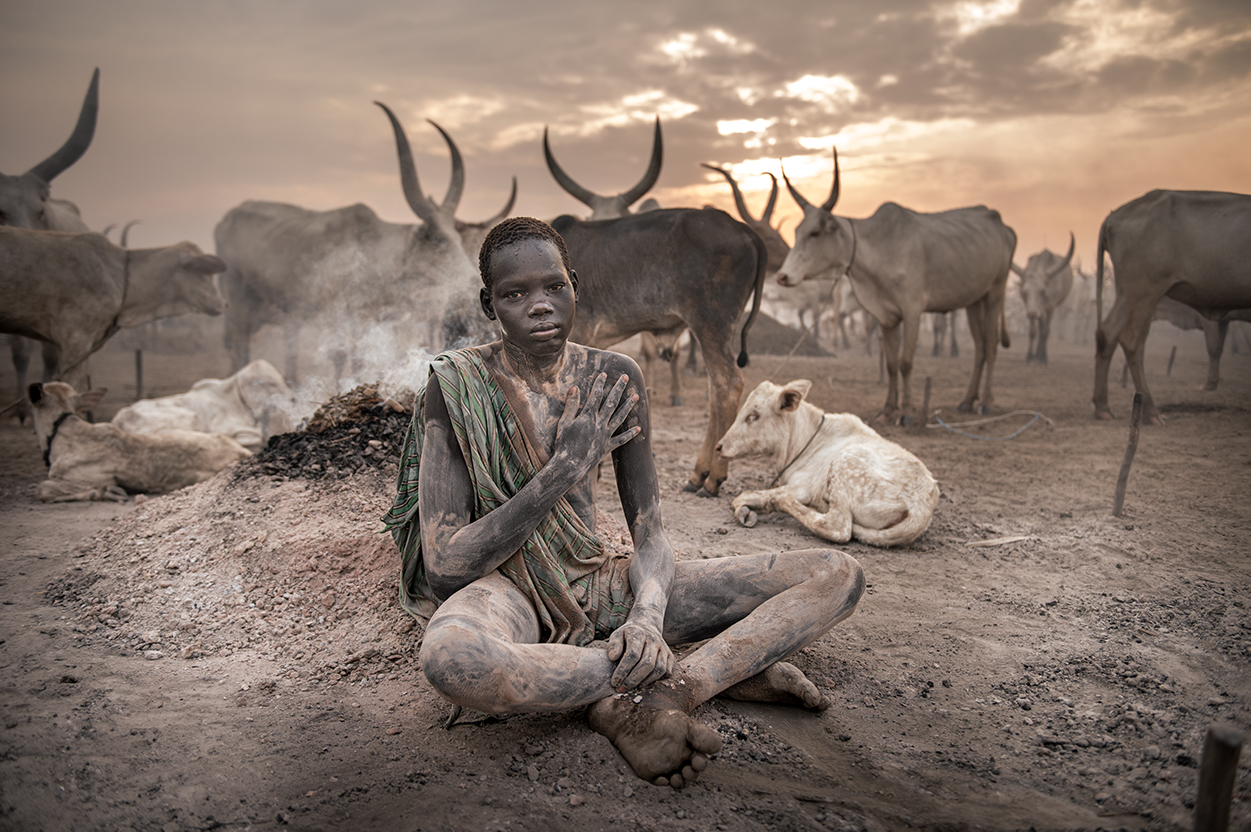 A 12 days South Sudan Photo Tour in an authentic Photography Expedition with the everyday experience of being next to an ancestral culture. We will grow personal ties staying close and next to their camps. South Sudan is one of the world's youngest countries home to the Mundari, Kapoeta, Jiye, and Toposa.

Whereas South Sudan is a lovely country, the people are the true highlight of this trip. Beginning in Juba, we will make the journey through the country to isolated rural villages, where we will meet some of the country's various tribes.  The Toposa villages, famous for their piercings and scarifications, the journey continues to the home of the Jiye tribe, before passing through  Kapoeta territory on the way to meet the Mundari tribe in their livestock camp. A journey based primarily on getting to know people from the world's newest country. In an authentic experience between photography and personal ties, we will be staying next to their camps. Sudan is one of the world's youngest countries, home to the Mundari, Kapoeta, Jiye, and Toposa ethnic groups and tribes, who are among the world's most authentic and untouched ethnic groups and tribes.

It is a once-in-a-lifetime opportunity to visit this scarcely populated country with professional guides who are intimately familiar with the tribes and their people.

The extraordinary plasticity of the images is what makes this Sudan photo tour a powerful and extraordinary adventure. In the camps we will live the unique experience of capturing mythical photographs of dust lifted by the cattle, sunrise smoke, as everything develops into an almost magical atmosphere. The haze of fire smoke and the dust of the plains provide a one-of-a-kind photographic moments.

While there is a massive cultural gap between us and the tribes we are visiting, they are friendly and welcoming. Curiosity draws the locals, who want to learn everything they can about the visitors.

It's an incredible photographic opportunity to be a part of this Sudan photographic experience. This is a Photography Expedition where we blend photography as well as the everyday experience of being next to an ancestral culture.

The group is small and we are all passionate travelers and photographers.

It's difficult to put into words how wonderful it is to spend time in a Mundari cattle camp.  Mundari breeders, who are mainly herders and breeders, have a special bond with their animals. Between sunrise and sunset sessions with these amazing people, we will learn about the daily life of the camp and fell asleep at night listening to the cowbells and the Mundari people singing. It's a magical feeling to be out there.

Cattle are a symbol of their faith as well as their whole reason for being. The Mundaris' history, present, and future are all intertwined with their livestock to the point that men and cows are almost indistinguishable. They have a mutually beneficial friendship. The beasts are more than just a food source (milk, even blood, but not meat), a source of wealth, or a status symbol.

Two weeks after our arrival in the states, we are just now coming down from what was probably one of the best trips of our lives. As professionals in the photography business, we went into this experience open-minded and ready to explore. Harry’s energy and commitment not only matched ours, but exceeded it. You would think that a photographer who has been to a country numerous times would somehow let the cumulative effect of all his knowledge make him a complacent and a “dial it in” kind of leader. Harry was the very opposite. His energy and enthusiasm was infectious. His knowledge and compassion combined with his ability to adapt made our trip incredible. His thirst for humanity and ability to highlight what we would normally walk past, was phenomenal and for two people who are no strangers to the profession of street shooting, we learned and we grew immensely. Harry takes your hand when you want him to, and he will step to the side when you are ready to soar. He is an ally, a confidant and a true teacher.

Arrive by plane in Juba, the capital of South Sudan, the world's youngest country. Obtaining a visa at the airport upon arrival. The guide will meet you at the airport and transfer you to the Royal Palace hotel. Make travel arrangements (stamp in the passport).

The rest of the day is free for relaxation or exploration.

Transfer to the airport after breakfast in the morning.
Domestic flight to Kapoeta (2 hour flights). Kapoeta is an excellent starting point for discovering Toposa tribal territory.
We may be able to visit the first Toposa tribal village depending on our arrival time.

The Toposa are a Turkana-speaking cattle-rearing people who have so far resisted western influence. They have traditionally subsisted by herding cattle, sheep and goats and were once involved in the ivory trade.

Two full days to explore the tribal villages of Toposa and Jiye. The Toposa and Jiye are part of the "Karamojong cluster," which also includes the Karamojong of Uganda, the Nyangatom of southwestern Ethiopia and the Turkana of Kenya. They still wear traditional clothing (leather-beaded skirts), pierce their lips, and scarify their arms, chests, and faces.

The economy and social life of the Toposa are centered on herding livestock such as cattle, camels, donkeys, goats, and sheep. Boys are first taught to care for goats and sheep before progressing to cattle when they reach the age of 18.
Possession of cattle is the primary indicator of status and wealth. Toposa culture is built around cattle. The Toposa have always been engaged in cattle rustling. In addition, the Toposa pan for gold and other precious minerals in the streambeds.

Drive to Boya Hills after breakfast to meet the Larim (Boya) tribal minority.
Larim are perceived as one of South Sudan's most traditional ethnic groups. The Larim also scarify their bodies and pierce their noses and lips. They raise cattle and cultivate seasonal crops like sorghum, maize, and beans.

Drive (4 hours) after breakfast to the mountain kingdom of Ilieu, which is ruled by a priest-king. Interesting stonewalls from the 14th century. Discover the Lotuko Village and meet the Lotuko people.
The Lotuko are a Nilotic ethnic group that live in a region characterized by ranges and mountain spurs such as the Imatong Mountain, South Sudan's highest peak.

They keep large herds of cattle, sheep, and goats as agro-pastoralists, and supplement this with hoe farming, hunting, and fishing. The land is held in trust by the community rather than by a single person. In the mountains, after locating a suitable location, the group decides on the boundaries of each individual's garden, with certain areas remaining fallow for several years. Lotuko's religion is deeply rooted in their ethnic identity and is based on nature and ancestor worship.

After breakfast and our final visits to the village, we will leave for (2 hours) to Torit. On the way, we can observe local life.

Early morning drive to Juba. Stops in town along the way, such as Liria, before arriving in Juba and checking into the hotel.

Breakfast, followed by a drive-by 4x4 vehicle tour through the South Sudanese bush. Mundari tribal territory is a four-hour drive away. When we arrive in Terakeka, the regional capital, walk around the market to meet the first Mundari tribe.
Mundari is a small ethnic group that is related to the Nilotic peoples. Mundari, along with the neighboring Dinka, are noted for their height. They are thought to be Africa's tallest people, along with the Tutsi of Rwanda.

The traditional Mundari tribal lands are located approximately 75 kilometers north of Juba, South Sudan's capital, and are centered on Terakeka in the state of Central Equatoria. The land, like much of South Sudan, is mostly flat, with a few isolated large hills. The low-lying land is rich in rivers and lakes and provides a fertile base for cattle grazing.

We will stay with the Mundari tribe for two days. We will set up camp on one side of the White Nile River and travel across the river in small canoes to the other side and the islands. We'll also follow the nomads and their herds of cattle.

Visit the camp and the small Mundari villages where facial and body scarification is still practiced. Mundari villages are also interesting because of their vernacular architecture, which includes huts, black and white totems, and beautifully built granaries. While the neighboring Dinka have lost most of their traditional ways due to conversion to Christianity, the Mundari have kept animistic religion alive.

The Mundari, like other Nilotic tribes, are cattle-oriented: cattle serve as food, currency, and a status symbol. They perform ritual scarification as a rite of passage into adulthood for young men. The typical Mundari scar pattern consists of two sets of three parallel lines, one on each side of the forehead, extending downward and unconnected in the middle.
Marriages are arranged by the prospective groom offering cattle to the bride's family, and husbands may take as many wives as they can support.

The last images of the landscape are of forested savannah and the mighty White Nile river. Drive to Terakeka, then to Juba, where you will spend the night at the Royal Palace Hotel.

Prices are per person, based on double occupancy and depending on the number of travelers. A limited quantity of single-occupancy rooms is available for an additional charge.


ASK A QUESTION
RESERVE YOUR SEAT

Prices are per person, based on double occupancy and depending on the number of travelers. A limited quantity of single-occupancy rooms is available for an additional charge. 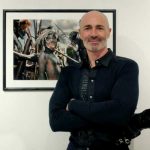